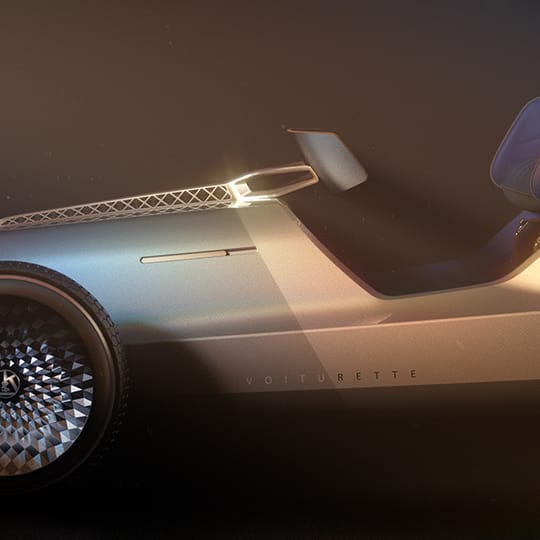 Škoda Design uses V-Ray for Maya and Chaos Cosmos to create sleek visualizations of their car models. They share some of their best projects with us.

How often do you picture yourself driving a brand new car off into the sunset? Probably now more than ever. To make you daydream of putting your foot on the pedal, Škoda knows it all comes down to design and presentation. That is why they pay a great deal of attention to producing high-quality automotive design renderings.

Keep reading to learn more about the Škoda Design Team’s workflow, how they use Cosmos, their favorite  V-Ray for Maya features and marvel at the outstanding work they have produced.

Škoda has established its own process for creating exciting, new car design renderings. The first step involves the writing of a proposal and a selection of design topics and environments to review. Once the topic is chosen, digital modelers and designers get to work. After the scene’s composition is ready, lighting is set up to highlight the shape of the car’s design and evoke the right atmosphere.

The renders produced in V-Ray for Maya are used in teaser images, beauty shots, and internal company presentations.

Škoda Design relies on the flexibility of V-Ray’s Light Mix to create and fine-tune lighting intensity and scene color settings, and to get the overall atmosphere just right.

Their scenes are enriched by importing HDRI maps, various 3D objects, and human figures from the Cosmos library. One of the most common functions used in Škoda’s CG environments and scenes is the combination of V-Ray and Maya MASH trails.

Thanks to its capabilities and features, V-Ray is an excellent tool for materializing ideas. The workflow and results are similar to that of traditional photography, with practically unlimited flexibility and creative control.

In Icons Get a Makeover, Skoda Design teamed up with KODA Storyboard to present a series of modern product design renderings of Škoda’s classic models. The Voiturette A, designed by Yuhan Zhang, revamped the original 1905 two-seater which was Škoda’s first best-selling car.

To announce the release of Škoda’s first electric car, the ENYAQ iV, Škoda Design Team was tasked with creating a high-quality product rendering of the new model. The team used V-Ray to highlight the beauty behind its engineering and design, setting up garage, mountain, and night city scenes. Special attention was paid to showcasing the striking Crystal Face grille in the front-view render.

Producing an animation for Škoda Fabia

With support from Mackevision, the Škoda Design Team produced an animation showcasing Škoda Fabia’s elegant and sleek exterior in motion. The transformation from a skeletal view to 3D model and render illustrates the journey from an initial sketch to the final design. 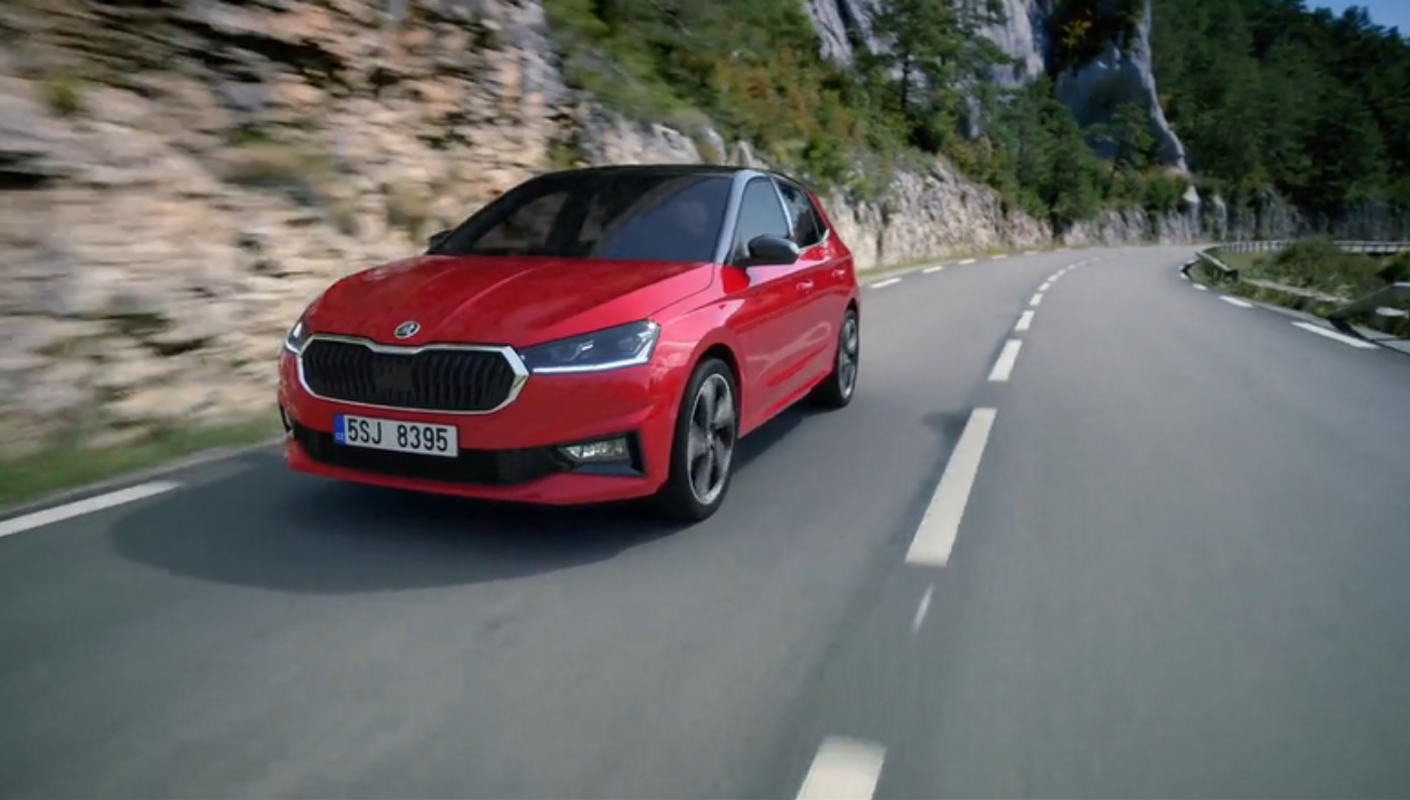 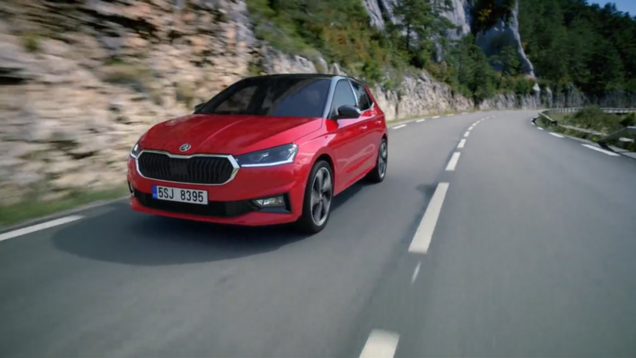 The scenes in the animation were modified to reflect a natural and ephemeral beauty as the car is driving by. After the car was modified, digital models of objects, such as rocks, trees, road barriers, and the tunnel were made and then textured to mimic the real look of the video background by using similar looking textures as the objects in the scenes.

The next step involved adding and adjusting several lights. Although some objects were hidden in the scene, they served the purpose of acting as reflection and shadow elements on the car and road.

All those important elements were set up and rendered in V-Ray for Maya. In the end, they help the viewer believe that the digital model of the car is really alive and interacting in the environment.

Finally, color correction was applied in After Effects and music was added to add a level of energy to the atmosphere. The animation was featured in an article outlining the stages of new car development and the role of the design modeling and digitalization (EDM) department in the process.

Set your creative ideas in motion. 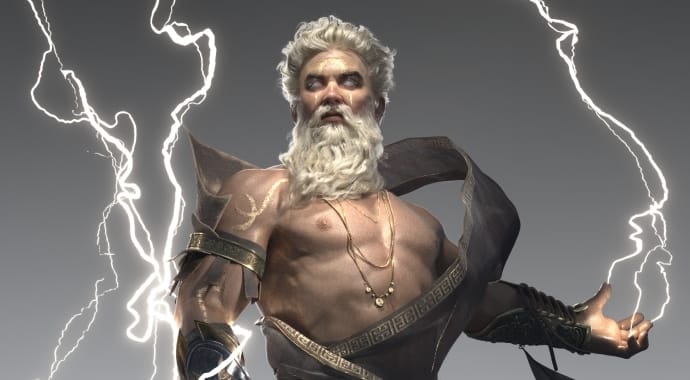 When talent meets passion: 3D Artist and Think Tank Online student Annina Weber talks about her V-Ray for Maya workflow and the inspiration behind her best work. 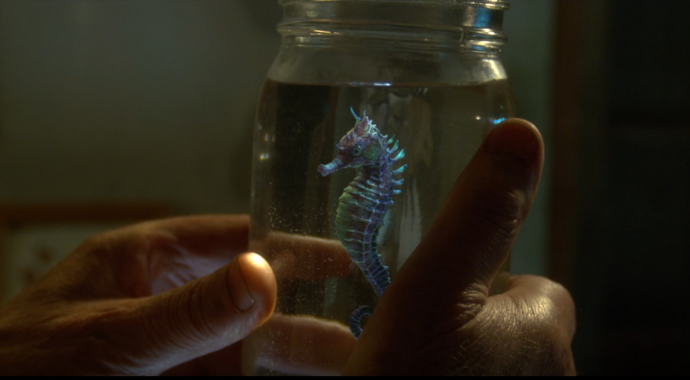 How to train your seahorse with V-Ray for Maya 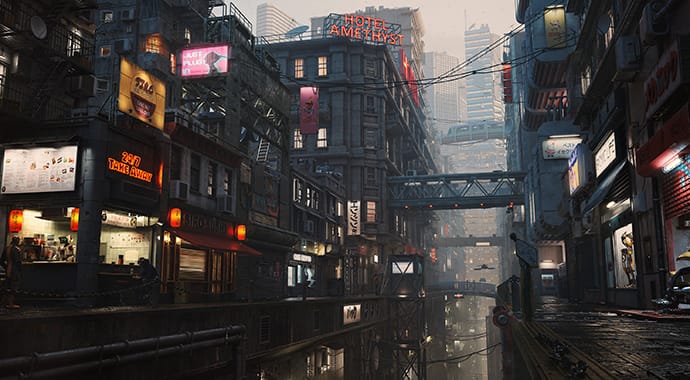