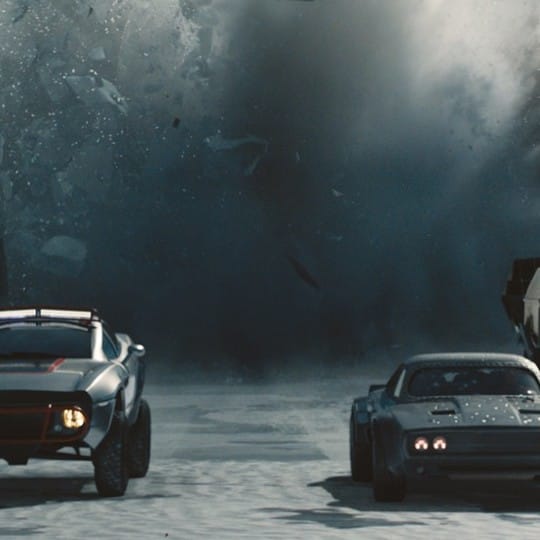 The Fast and the Furious franchise has become one of the most successful in cinema history. From the first installment in 2001, it’s produced seven sequels and made a total of over $5 billion. It’s easy to see the attraction of the films. They follow tense heists with getaways in shiny sports cars, delivering white-knuckle thrills and physics-defying stunts along the way.

In Fate of the Furious, the latest film in the franchise, cyber terrorist Cipher (Charlize Theron) pits Dom (Vin Diesel) against the rest of his crew. It’s a battle which ends with one of the franchise’s best sequences — the infiltration of a Russian submarine base, followed by a frantic chase across an ice field.

Furious regular Digital Domain handled the effects for this sequence. We spoke to Carlos Cidrais, Lead Lighting Artist, about how the sub base scenes were achieved.

If you’d like to hear more about The Fate of the Furious’s VFX and stunts, listen to this CG Garage podcast with Digital Domain’s VFX supervisor Jay Barton.

Have you worked on The Fast and the Furious films before?


How did you split the work between DD’s offices?

DD did 800 shots on the movie, and it was split up into a few different teams. The LA team did the last sequence, where the submarine blows up. Up in Vancouver we split off the sub base attack, which my team worked on, and the ice chase itself (read more in this Art of VFX article), which was handled by Jack Evans, another lighting lead.


Could you describe your sequence? 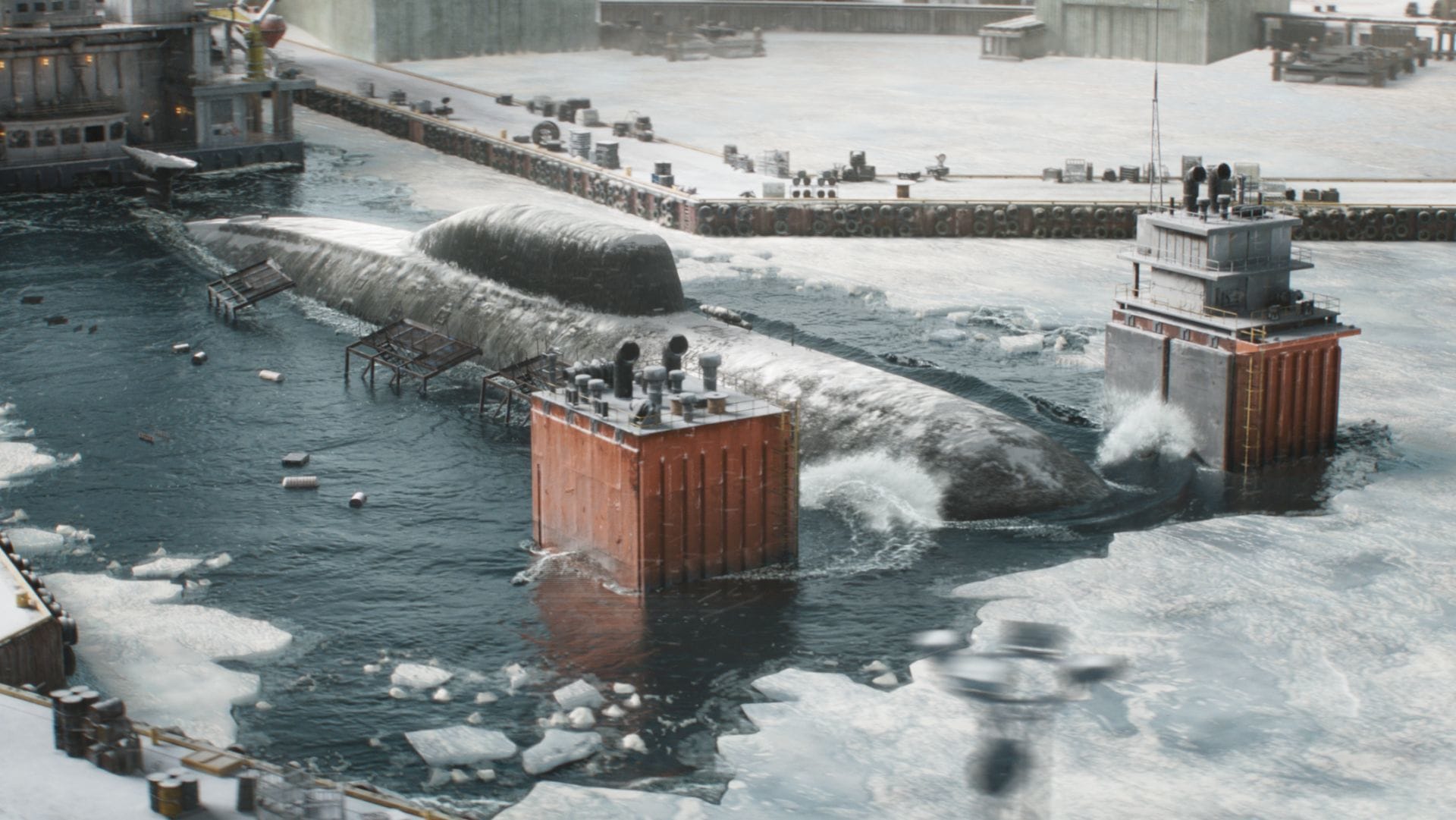 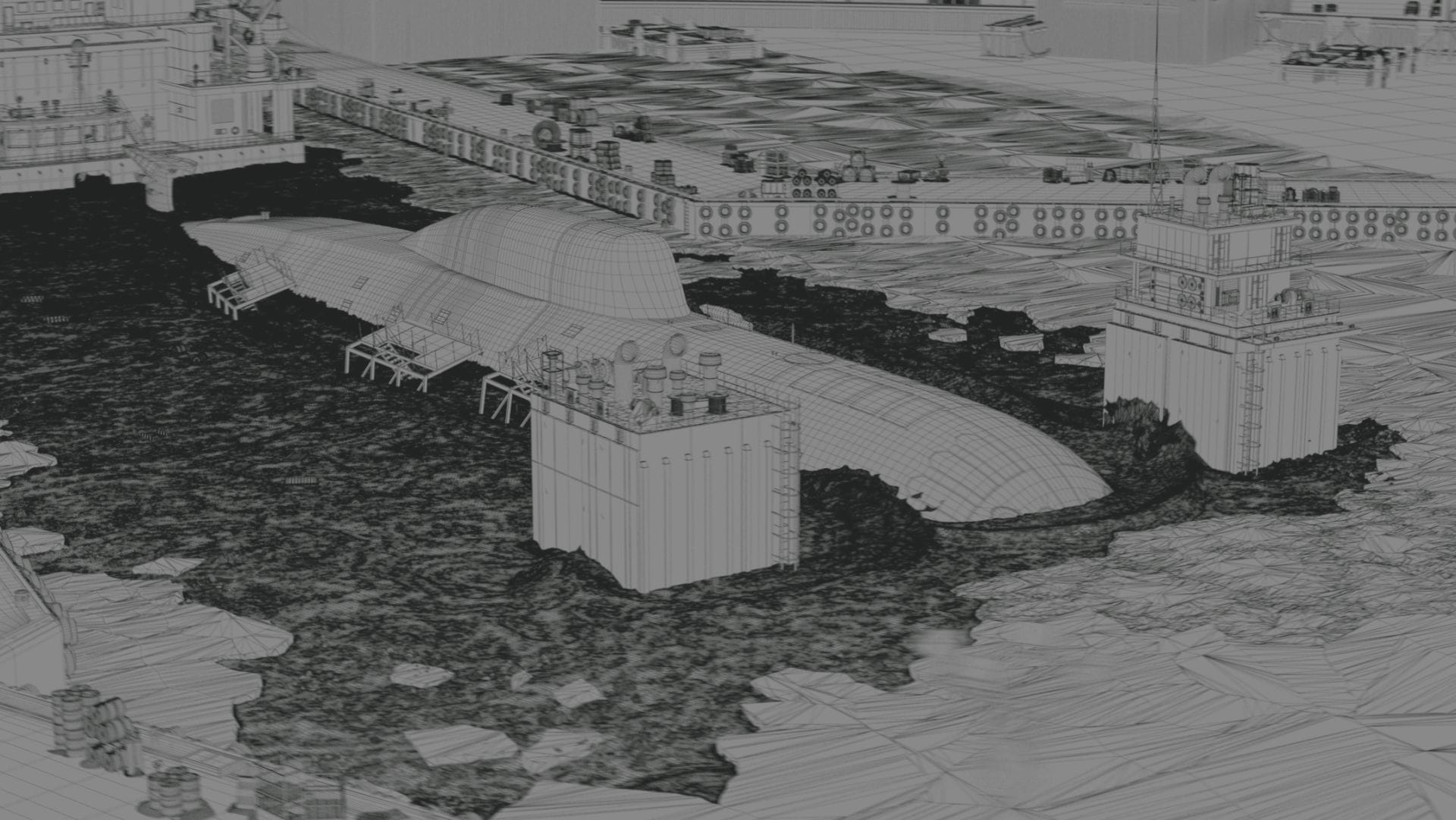 How did you manage the on set footage?

We went to shoot in Iceland, and there was another separate set in Atlanta. There were two sets for the sub base. One of them was more bare bones the other, and there were very extensive set replacements. When we shot in Iceland, it wasn't as icy and snowy as we hoped, so we had to replace a lot of snow throughout the environment. There was also a harbor they filmed, with a visible city behind it, so we had to replace very large parts of those plates.

What was your workflow for creating the shots?

We use a heavily modded V-Ray and Maya pipeline on the lighting side. Obviously, we're getting elements from the sets, but the lighting team was working in Maya.

At Digital Domain, we have a lot of custom tools. Our render layer manager is proprietary, and the deferred system is proprietary, so we don't deal with much geometry in the scene. Some of the elements from animation will be alembics, but the rest will just be lightweight GPU caches that we see in the viewport display and then we switch to a representation on disc when we're rendering.

We've designed some interfaces so we can mix and match the model versions with the lookdev versions. There's a degree of complexity that's managed by a lot of proprietary tools at Digital Domain, and that goes through everything from the shading and the lookdev, to the lighting of the shots. 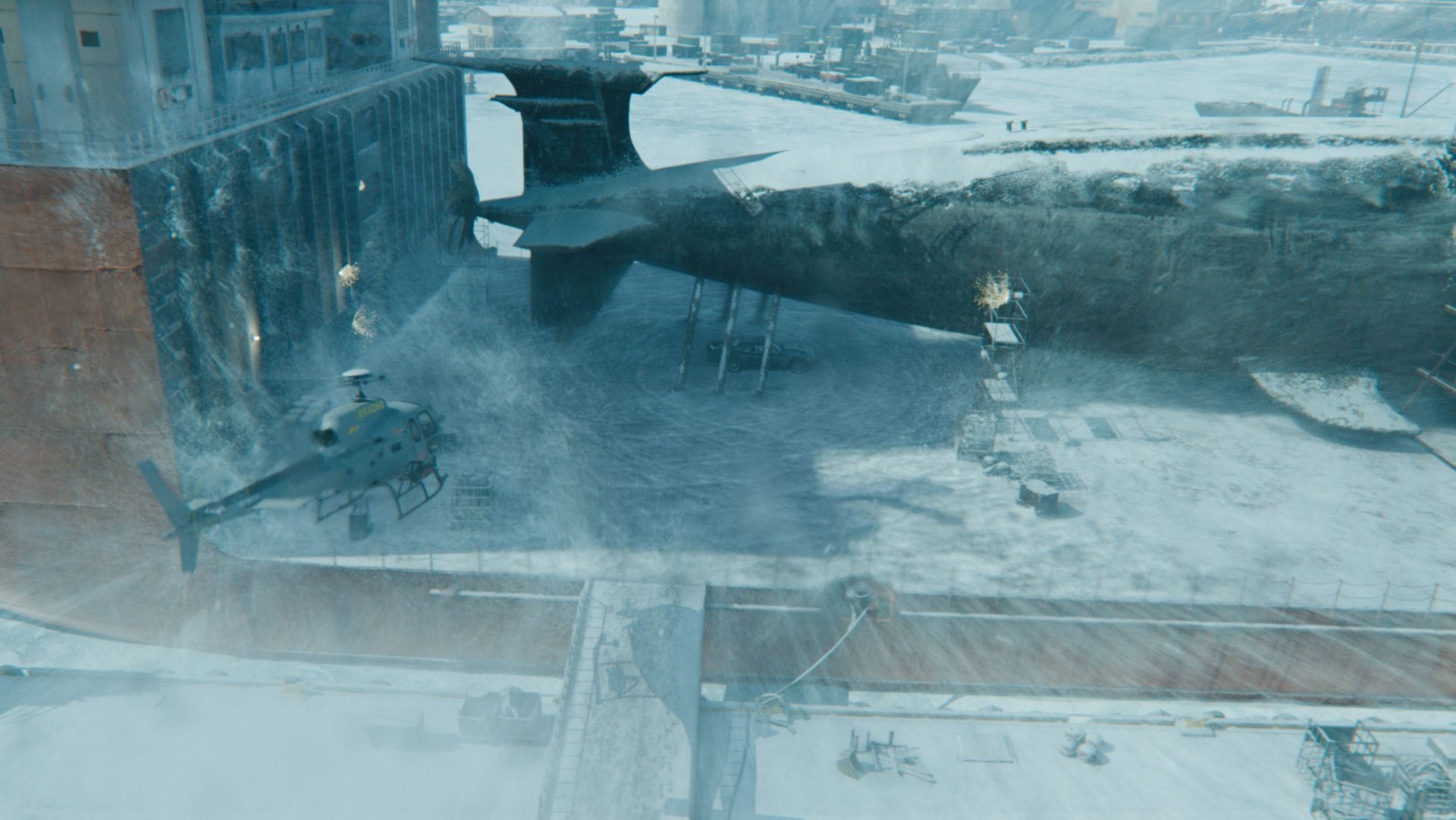 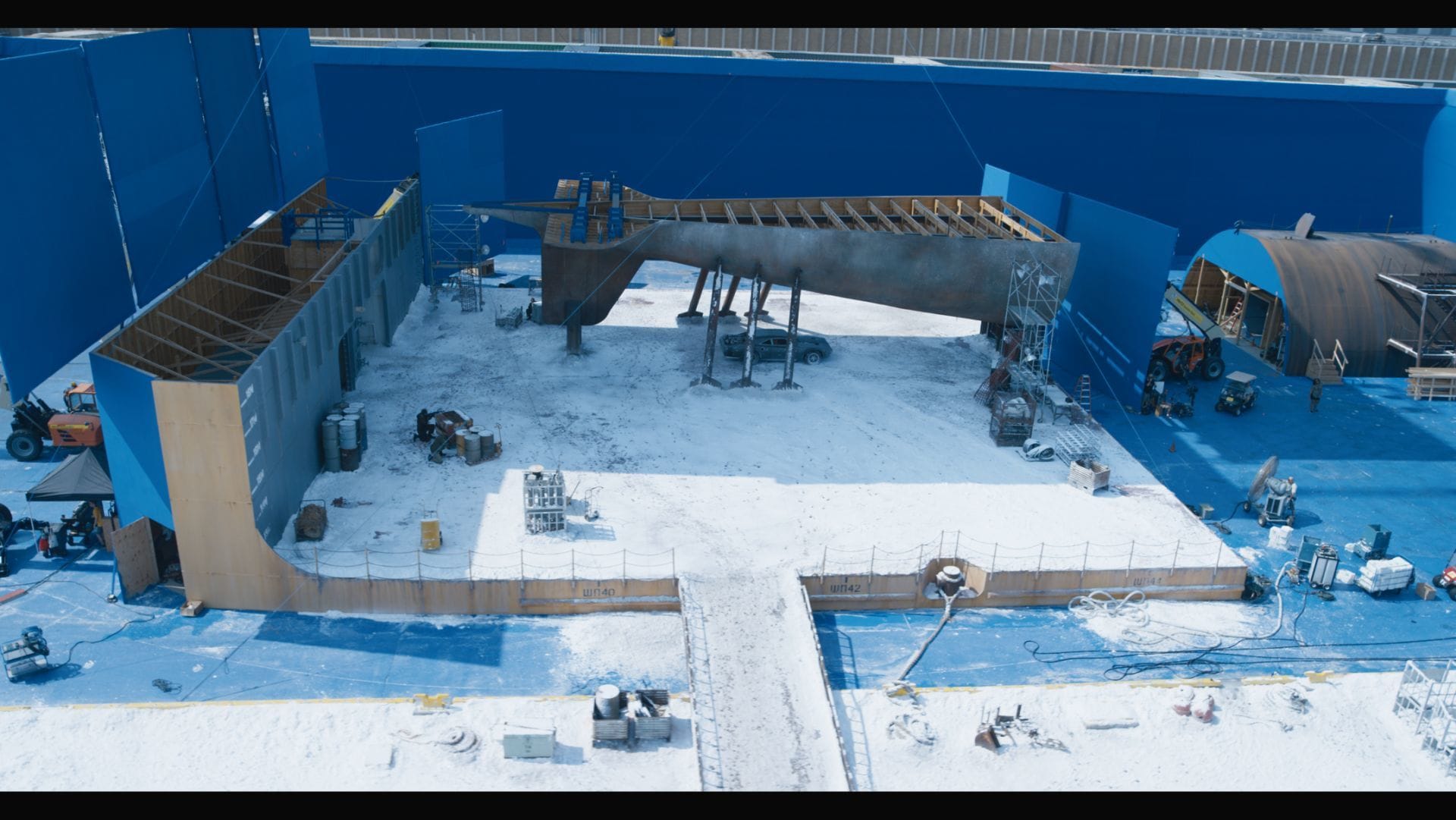 What was the biggest challenge of the sequence?

Managing the complexity of the whole sub base environment was the biggest challenge for me. We have an environments team that renders the wide shots of the sub base, but it made sense for the lighting team to take on and render the environment in some shots.

We had hundreds of assets, and thousands of light fixtures in the buildings. At one point, we counted 4,800 lights. We had to come up with ways to attach lights to all the buildings, and make sure that they would work in our deferred system. We had a big render task ahead of us.

Did you make use of V-Ray 3.5’s Adaptive Lights?

Yes, very much so. I’d been reading about it, and I was extremely curious, but we were midway through the show. It's not an easy sell, to change versions at this point. But we were working with Chaos Group intensely, and getting nightly builds of V-Ray to test.

We realized that Adaptive Lights would be a massive time saver, given the extent of the work that we had to do. It really worked. We were able to get some render times down around 400 percent, which is incredible.

We had some renders that went from 12 hours to about three hours. When you see those kind of performance improvements it's a no brainer to make use of those features. We realized at the time that it was an experimental feature, so we pushed hard to make sure that it wasn't going to produce any surprises that would bite us later on. I'm very happy to say that it went pretty smoothly. Adopting Adaptive Lights really, really made a difference.

We had some renders that went from 12 hours to about three hours. When you see those kind of performance improvements it's a no-brainer to make use of those features. 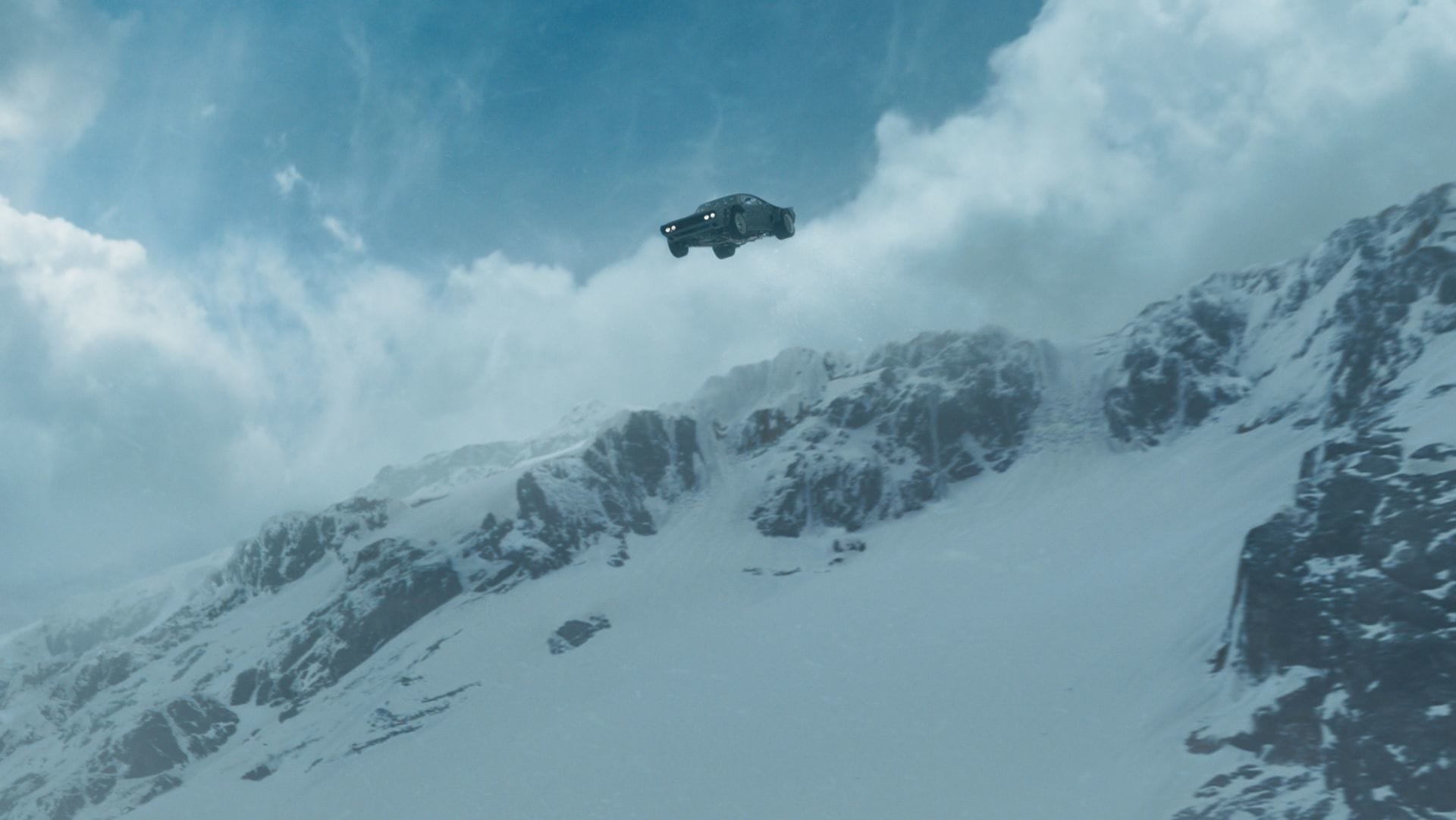 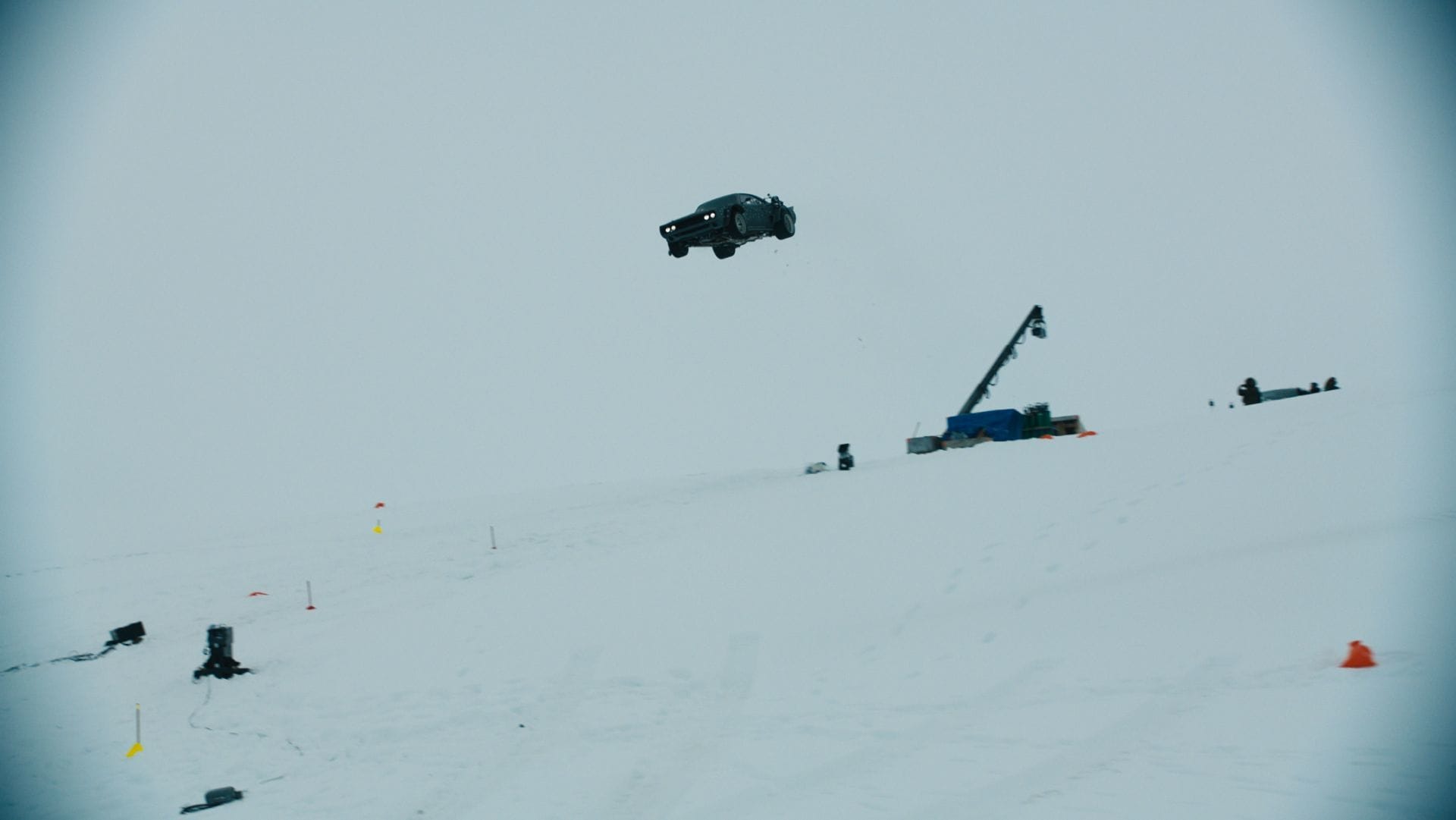 What made you choose V-Ray?

It's the renderer that we work with directly. We're not going to change our plan drastically unless there's an extremely good reason for it. And this is the perfect show for V-Ray with vehicles, and exterior shots, and lots of camera effects.

The talent pool that we have available to us tends to know V-Ray, too, and that helps to crew up the show. You want to make sure the talent that you get is able to hit the ground running. But even if it’s the first time you've used V-Ray, it is an easy system to pick up, compared to other renders. The level of support that we got throughout the show is something that impressed us as well.

What are you most proud of?

When I went to see the movie with my family, they didn't know that the base environment was CG at all. The conundrum of visual effects is you get the satisfaction when people don't know there's been work.

From the vehicles, to the stunts, to the environment there's large parts of it that have to be recreated for visual effects. I am actually surprised at how much they're able to get on camera in Fast and Furious movie, much more so than other movies, and that's part of why it may look less CG. But at the same time, there's still enormous amounts of visual effects that go on.