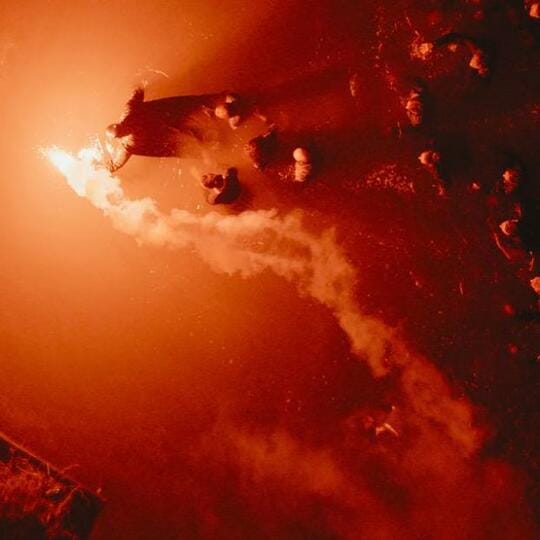 Building Gotham for “The Batman”

The DC universe’s greatest detective is back. We talk to Scanline VFX’s Julius Lechner about creating truly immersive environments for Matt Reeves’ The Batman.

Scanline VFX has been pushing the boundaries of what is possible in the world of CG for over 30 years. Founded in 1989 in Munich, Germany, Scanline has worked on iconic movies and TV shows, including Game of Thrones, Avengers, and most recently The Batman.

Scanline has been at the forefront of innovation in the field of fluid simulation, developing their Academy Award-winning software, Flowline, which has been used to create some of the most realistic smoke, fire, and water effects ever seen on film.

In 2021, Netflix acquired Scanline VFX, and they have continued to work on some of Netflix’s biggest original productions, including the recent hit The Adam Project. With a team of world-class artists, Scanline VFX is one of the most successful visual effects studios of all time.

Scanline VFX contributed over 200 shots to The Batman; predominantly for the final act of the film, in which The Riddler breaches Gotham’s flood defenses and partially submerges the city.

We caught up with Scanline VFX supervisor, Julius Lechner, to find out more about using V-Ray to unleash mayhem on a massive scale. 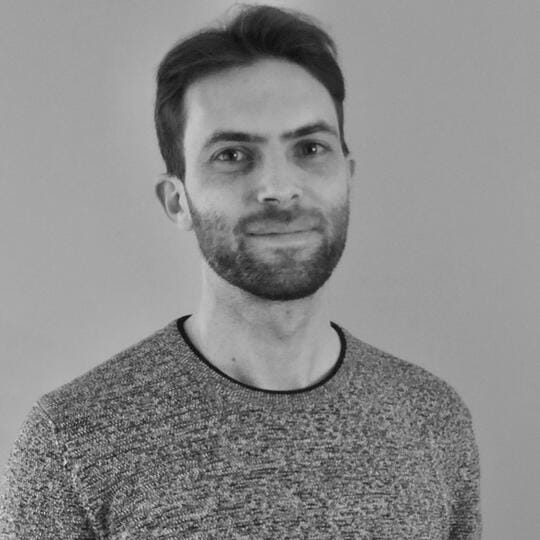 A native of Salzburg, Austria, Julius developed a love of CGI and animation from a young age. After graduating from the University of Applied Sciences Upper Austria, Julius began work in the VFX industry in both film and TV, before eventually deciding to continue his studies. He received his MA in arts and design, completing a thesis on GPU-Based Visual Effects.

How did Scanline get involved in The Batman?

Scanline has had a long and successful relationship with Warner Bros. and DC. We have worked on many DC titles over the years, including Justice League, Joker, and Aquaman, and it was great to be able to continue that relationship with The Batman. We were all very excited about the project from the beginning, and we were looking forward to working with director Matt Reeves and visual effects supervisor Dan Lemmon. The Batman was a great experience for all of us, and we are grateful to Warner Bros. and DC for the opportunity to work on such an iconic character. We look forward to working together again in the future.

Which sequences did you work on?

Julius Lechner: You can see most of our work in the action-packed third act. We simulated the destruction of the seawall that releases a tsunami and floods downtown Gotham. As floodwaters fill the streets, residents take refuge in Gotham Square Gardens Arena—only to have it come crashing down as Batman fights to save them. Our team delivered these exciting sequences along with several smaller scenes for a total of 217 VFX shots.

How did you achieve the film’s distinctive look?

JL: Most of the film was shot in-camera, but in the sequences that were shot on blue-screen, it was important to match the look with the rest of the film. The look was heavily influenced by the camera lenses, which had some unique and interesting characteristics. It took some creativity and technical skill to match them, but in the end, we were able to emulate the lenses correctly.

Another big part of the look came from how the practical shots were lit and how the camera was placed (and whether it was operated or not). We stayed as close as possible to what the in-camera shots looked like by matching references or using plates from the film.

Were there any digi-doubles in the film?

JL: Definitely. We used full digital doubles for Batman, Catwoman, and their opponents on several occasions. Some of these assets we built ourselves, and some we received from other vendors.

How did you create the environments?

JL: Different environments required different approaches. For example, the seawall was based on a partial set build. Gotham Square Gardens Arena was based on two different places—the O2 Arena in London and The Thompson Center in Chicago—as well as partial set builds. Then, the challenge was to combine these different locations into a single cohesive environment that looked how director Matt Reeves had imagined it.

The lower section is close to the original, although we replaced the entrance with a custom design. The rafter section was loosely based on the O2 Arena. We used the original air ducts as a starting point because they have such a strong influence on the way the environment looks up there. Everything was constructed to support the story and action while staying true to Matt’s reference.

The interior of the arena was inspired mostly by the O2 Arena. When it came to look development, we decided to match the real place first, then alter it to match the Gotham in the film. Thankfully, we had lots of texture photography to help us with that.


How did V-Ray handle these huge scenes?

JL: Right from the start, the environments were pretty heavy, and they got even heavier as the project went on. We had to adjust some parts of our pipeline to deal with it, but not for V-Ray. V-Ray is well integrated into our workflow, and we’ve used it on heavy environments before. From a rendering standpoint, everything went smoothly.

What was your biggest challenge on the film?

JL: It's hard to pinpoint one thing, but I think the hardest part was integrating our sequence seamlessly into the rest of the movie. But that was also part of the fun. So many puzzle pieces had to come together and the shots looked great in the end.

What are you most proud of?

JL: I’m really proud of all the work that our team was able to contribute and of the movie as a whole. It was great to be part of a project like this.

JL: I’m currently working on Aquaman and the Lost Kingdom. 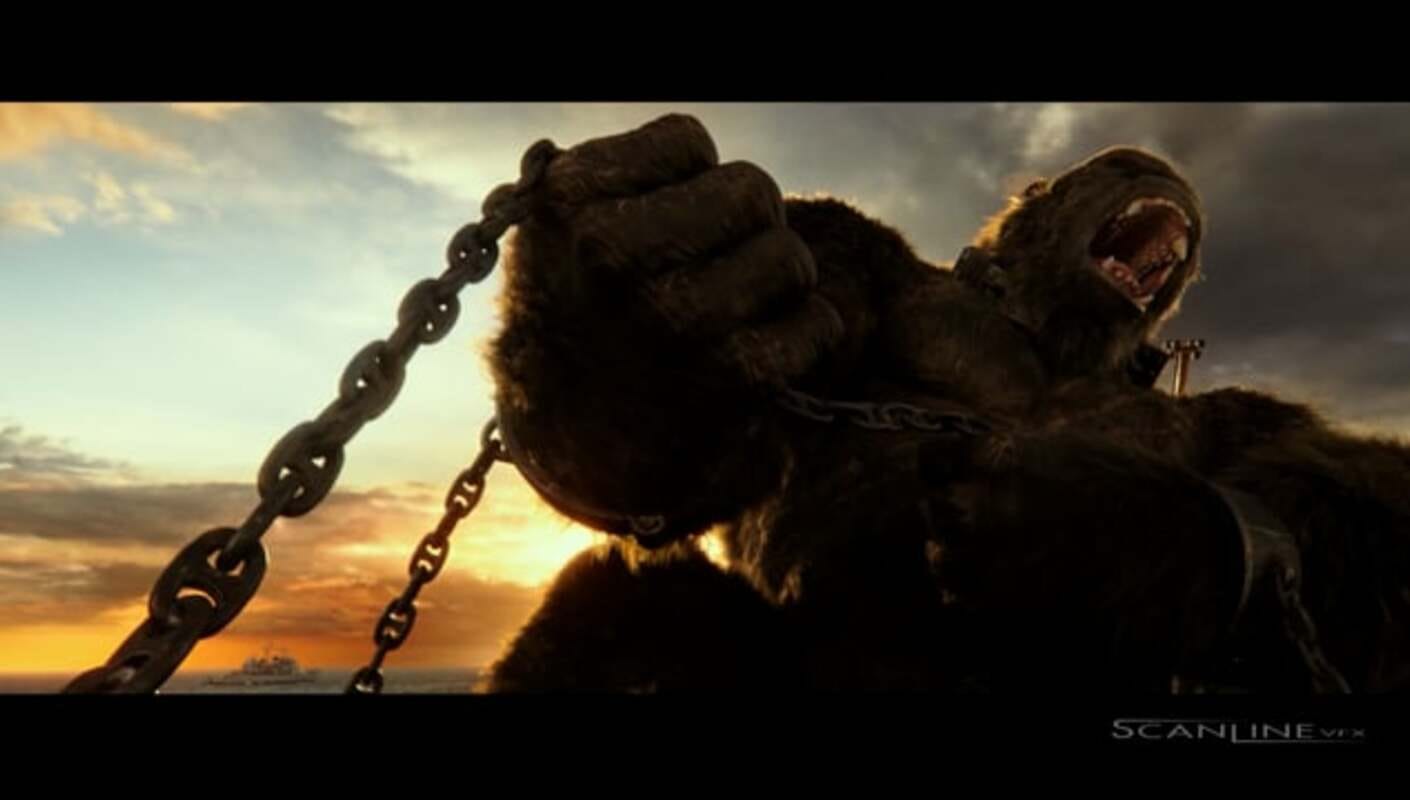 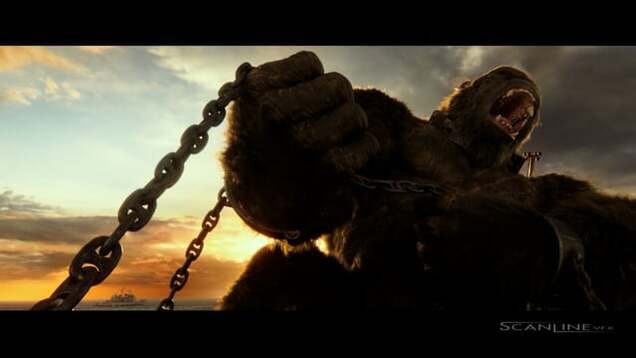