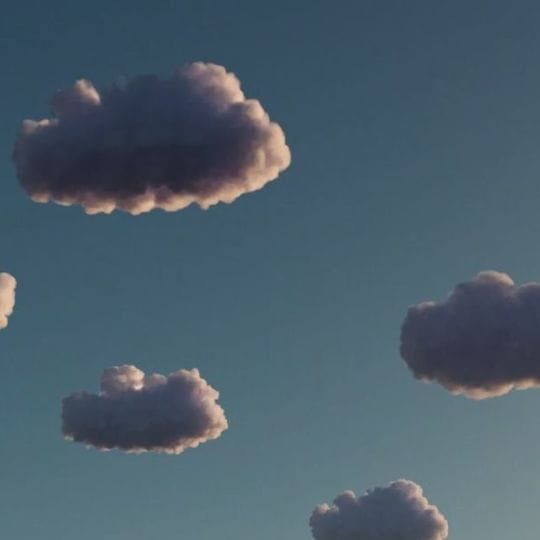 Will smaller studios take over the VFX industry? Thanks to the power of cloud computing, it’s possible to render visual effects from bedrooms. And, the restrictions of COVID-related lockdowns have thrust these workflows into practice in the real world.

Jonas Ussing could be a poster child for the future of the VFX industry. The Danish VFX supervisor has already caught our attention with his dramatic, large-scale water sims. Now, he’s made use of Chaos Cloud and V-Ray for 3ds Max rendering software to create a seemingly endless, slightly creepy suburban landscape for Lorcan Finnegan’s domestic sci-fi movie Vivarium, starring Jesse Eisenberg and Imogen Poots.

We caught up with Jonas to talk about his experiences in the VFX industry and how rendering software is helping smaller studios take over. 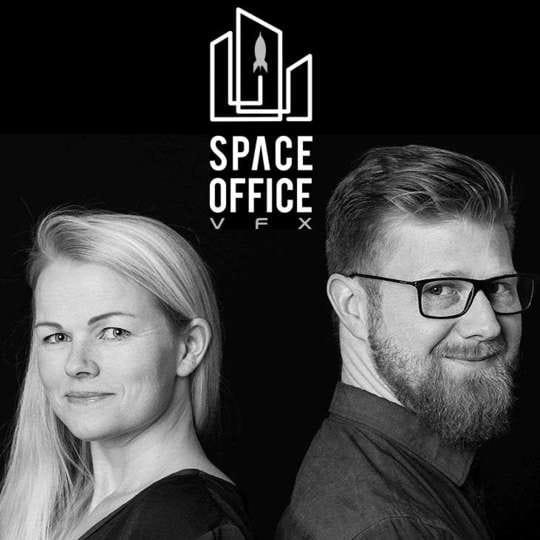 Jonas doesn’t always work alone. Together with his wife, animator Stine Sørensen, he’s formed Space Office VFX to handle an increasing workload. During the school lockdown, they took turns in three-hour shifts to look after their two children while producing VFX work. And when work increases, they can scale up and use off-site freelancers and Chaos Cloud as a render farm.

Do their kids get involved with the work? “Not yet, they need to be able to sign an NDA first!” says Jonas.

How did you get your foot in the door for VFX work?

Jonas Ussing: 15 years ago, I got my first freelance gig for Ghost VFX in Copenhagen, creating a flying logo for a CD commercial. I went on to work for a number of Danish VFX and production houses, and have often come back to Ghost to work on Hollywood titles including The Sorcerer's Apprentice, Cowboys & Aliens and Olympus Has Fallen. This experience was extremely educational; Ghost has fantastically talented people, and I learned everything I know about Hollywood-level FX there.

What were you asked to contribute to the film?

JU: The majority of VFX on the film were comp effects that were distributed across a number of other vendors. I was tasked with creating the 3D version of the suburban nightmare.

Space Office VFX demonstrated its action movie expertise with this dramatic Phoenix FD for 3ds Max-powered shot of an F18 blowing up.

How did you find working with the film's makers?

JU: It was very cool. They were already using vendors in several countries, so I was just another remote vendor. I met with VFX producer Mikael Windelin, veteran VFX supervisor Peter Hjort and director Lorcan Finnegan to discuss the sequences.

How many people worked on your Vivarium effects shots?

JU: In post, just myself. I used an abundance of resources from show supervisor Peter Hjort, such as set photos, measurements, etc. All photos had a color chart in them for calibration, and the set had HDRI probes (also with color charts) for every scene so that I could light the CGI set accordingly, per scene.

With Chaos Cloud, I could deliver more than a whole minute of full CGI shots, never waiting more than an hour for a full render of a shot. I could never have done that on my own setup.

What were the advantages of using Chaos Cloud to render them?

JU: With Chaos Cloud, I could deliver more than a whole minute of full CGI shots, never waiting more than an hour for a full render of a shot. I could never have done that on my own setup.

JU: Chaos Cloud helped with iterations in the sense that I could deliver finished and completely re-rendered shots overnight. I also think companies will have to greenlight more render farms as eligible for NDA work, as they turn to smaller shops that have to use render farms.

To create this squirmy shot worthy of an Indiana Jones movie, Space Office VFX made use of TyFlow for 3ds Max and V-Ray for 3ds Max.

Do you think smaller effects studios are going to become more prevalent?

JU: Definitely, because render farms and real-time rendering make it possible for really small shops to create high-end feature material without the cost of running a large facility.

It's always been technically possible to do our line of work remotely, but company policies and NDAs have made it difficult. Now, companies have been forced to work around it, and hopefully, the management has found out it works just fine.

What will you achieve with Chaos Cloud?

Try it now with 20 free credits