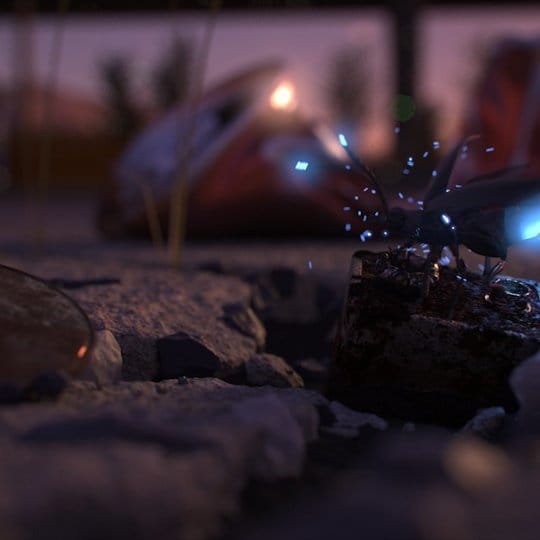 Parachute’s unofficial Tesla spot looks just like a real advertisement. We talk to founder, director and VFX artist Sam O’Hare about this heartfelt testament to a much loved automotive brand.

Could you tell me how the Tesla Fireflies spot came about?

I wanted to make a spec spot to show the capabilities of Parachute. Tesla seemed like a perfect match—I like their philosophy, what they’re doing and the way they work.

When I came over to New York I discovered fireflies, which are kind of amazing. I’d never seen them in the UK. They’re like magic, you get a little bit of childlike wonder when you see them for the first time, even as an adult. I was thinking of them as a metaphor, the glow, the natural energy, and the way that Tesla wants to turn sunlight through their cars into transport. I liked the idea of using the fireflies as a vehicle for that transformation.

That was a back in 2013, and we were only able to work on the project during our downtime between jobs, so it’s taken a while of working on it when we could. We had a bit more time in the summer of 2015 and pushed through to try and finish it off.

How much of the spot was CG?

The entire spot is CG. I shot reference photography for the close-ups of the concrete, and we pulled lots of reference for the gas station and the rest of the environment. The plants were built using GrowFX, the landscape and buildings were modelled in 3ds Max. The skies were done in Terragen, and that was used for a lot of lighting as well.

Was there anything unusual about the way you made it?

We used Terragen to render out big 10K, 12K skydomes, and used those for the both the backgrounds and for the lighting, which wasn’t a process I’d worked with before. I also had to learn GrowFX as we built the plants.

The fully CG environment had a lot of large maps, displacement, and animated plants. This required a lot of RAM to render, and we spent some time optimising and breaking up the scenes to get them going. For the gathering scenes every firefly is a light, and because the lights were so small, we had to drop the cutoff for each to 0 to have them show up correctly in the car’s reflections, which made for some heavy renders.

I wrote a script based on one of Borislav Petrov’s to have the fireflies correctly follow the particle system we used to animate them, and the lightning effect was built using a distance pair matching data operator based on work by Khye Kading. This took a while to get right, but it looked great.

How did you set up V-Ray for the spot?

It varied depending on the shot. Everything was done using a domelight for the environment light, brute force and light cache GI. We rendered it all with motion blur and depth of field in V-Ray, and we were working with 3.0, before the automatic secondary subdiv control was implemented. A lot of settings were based around the lowest number we could get away with to get the depth of field looking clean. We went back and forth with the subdivisions, because when you start on a shot and realise you need to tweak the depth of field and motion blur, you often have to change settings throughout because you’ve got your materials and lights set up a certain way. And there were a lot of materials, a lot of different elements in the scene, so there was a little bit of time honing in the exact settings for each shot to get the fastest renders.

I like the results. It always looks good. The new versions have greatly simplified what could be a complex sampler setup process, and it continues to add features and get faster, which is exactly what you need in production.

I’ve been using V-Ray for over 10 years, and it’s quick, reliable, flexible and very powerful. There isn’t really anything we have thrown at it that it can’t handle.

How was the Fireflies spot received?

Very well! We got around 200,000 views in the first week. It was picked up by various publications, including Adweek, Fast Company, Huffington Post, and even the head of TED Talks. It was also tweeted by Tesla and put on their Facebook and LinkedIn. We’ve had very positive feedback from all the advertising industry people who’ve seen it.

I assumed it was an official spot when I first saw it, which has to be a good thing…

Tesla is unusual in that it doesn’t do advertising. They’re a nice company to do a spec piece for, because there isn’t an established brand position or campaign to match, so it gave us the freedom to do something that we liked.

If you’ve got a brand that has a very loyal following, and it’s powerful, then they have people who evangelise for them. It’s a good way for people who have an idea, and have some time to execute it, to do something which can put them on the map. 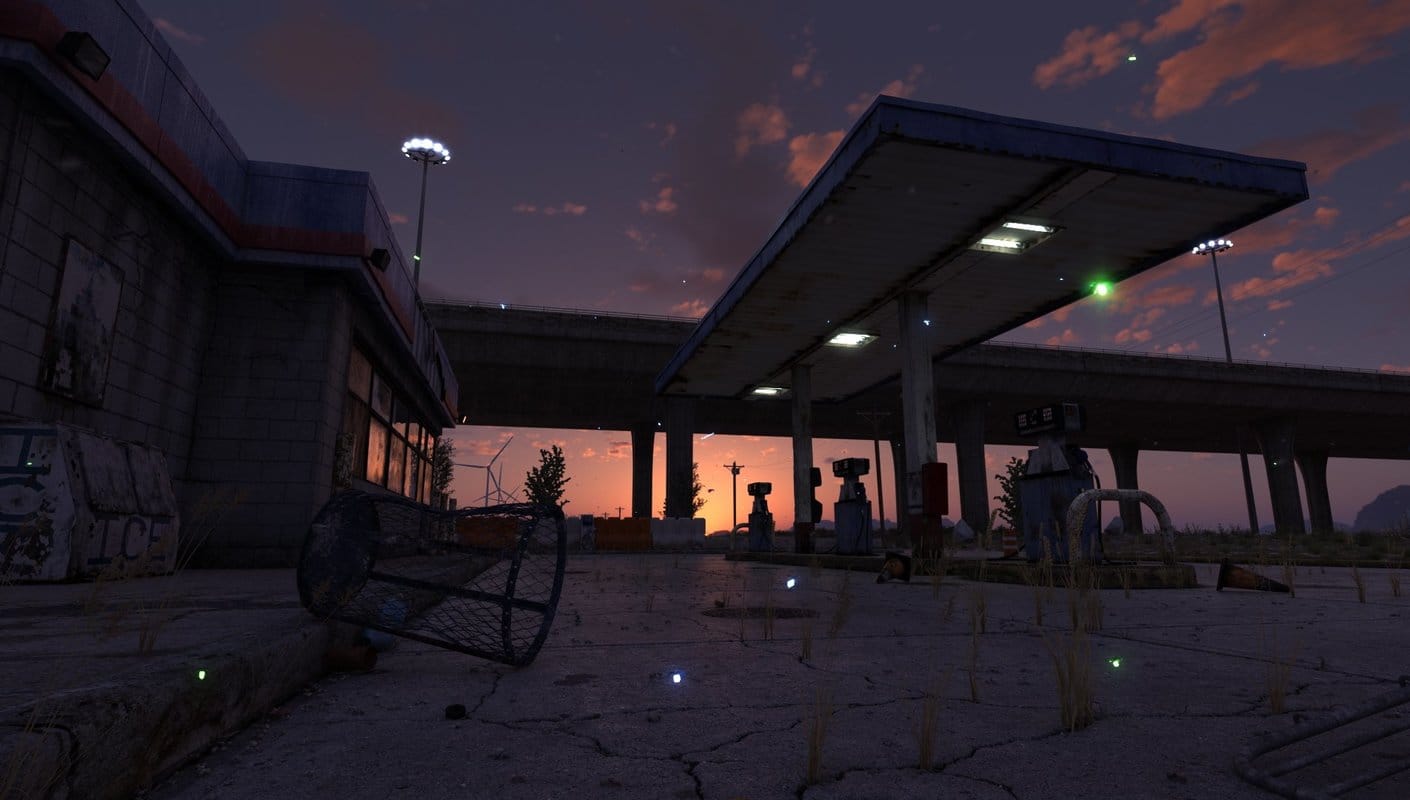 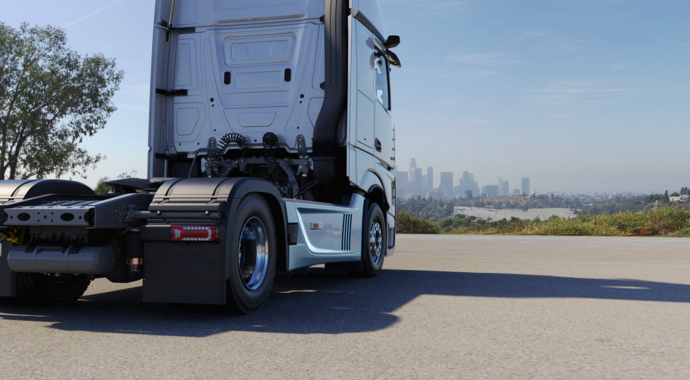 eder’s VR-Mockup software produces hundreds of photorealistic car and product configurations at the touch of a button. Find out how it’s powered by V-Ray AppSDK. 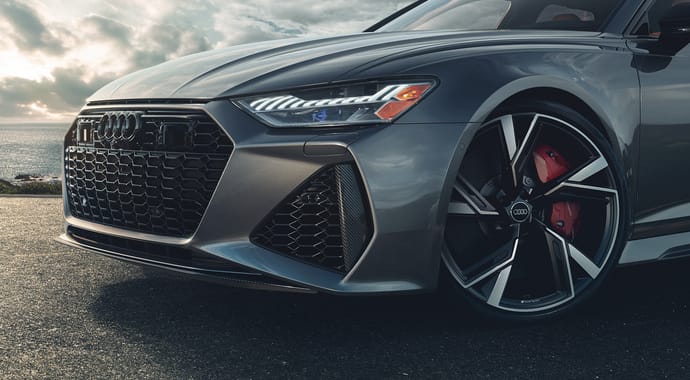 How to create photorealistic car renderings with Chaos Scans

Senior CG Artist Thomas Kaufmann shares how he uses V-Ray for Maya with Chaos Scans to communicate his vision and take his images to the next level. 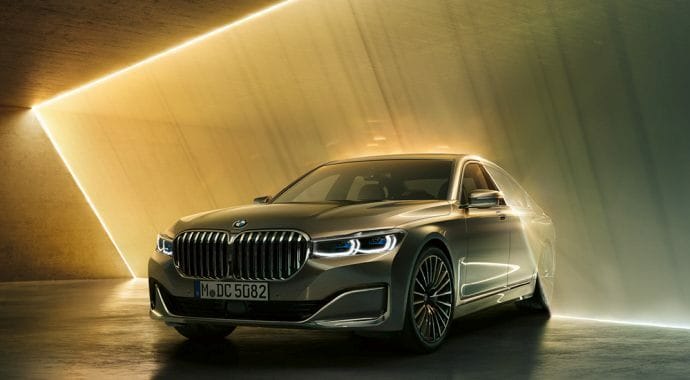